When Twitter users who followed the Workers Rights Consortium awoke early Thursday morning, they were met with what could’ve easily been a one-off diss. In an act of pettiness that would make even Tay-Tay blush, the labor safety watchdog group had come at Nike, Inc.’s neck with a spicy roast straight out the oven, calling out the company’s so-called “inhumane working conditions.”

Shots fired! But the shoes and sportswear giant wasn’t about to take that one lying down. 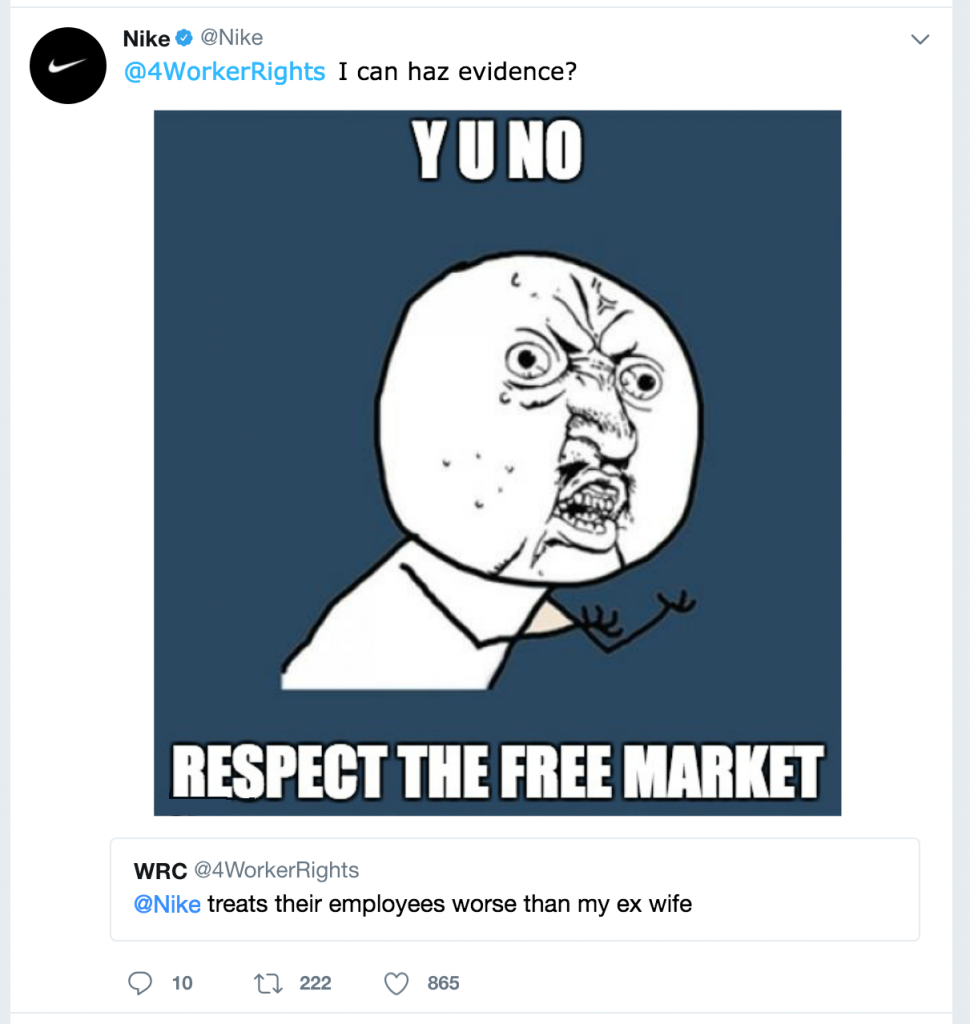 But the Workers Rights Consortium just wouldn’t take no for an answer, and clapped back at Nike with a meme of their own. Shots fired off the starboard bow, captain! 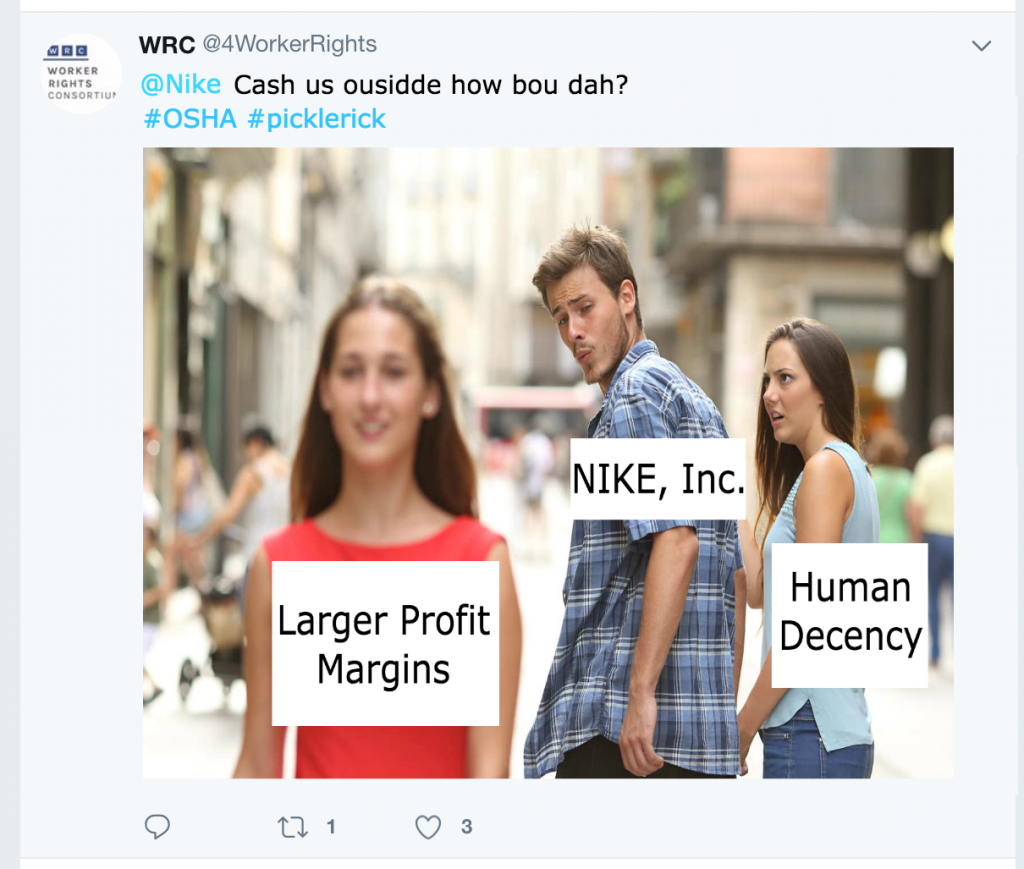 But Nike was 👏 done 👏 with 👏 that 👏 bull 👏 and immediately came back at the haters with even more dank-ass content. 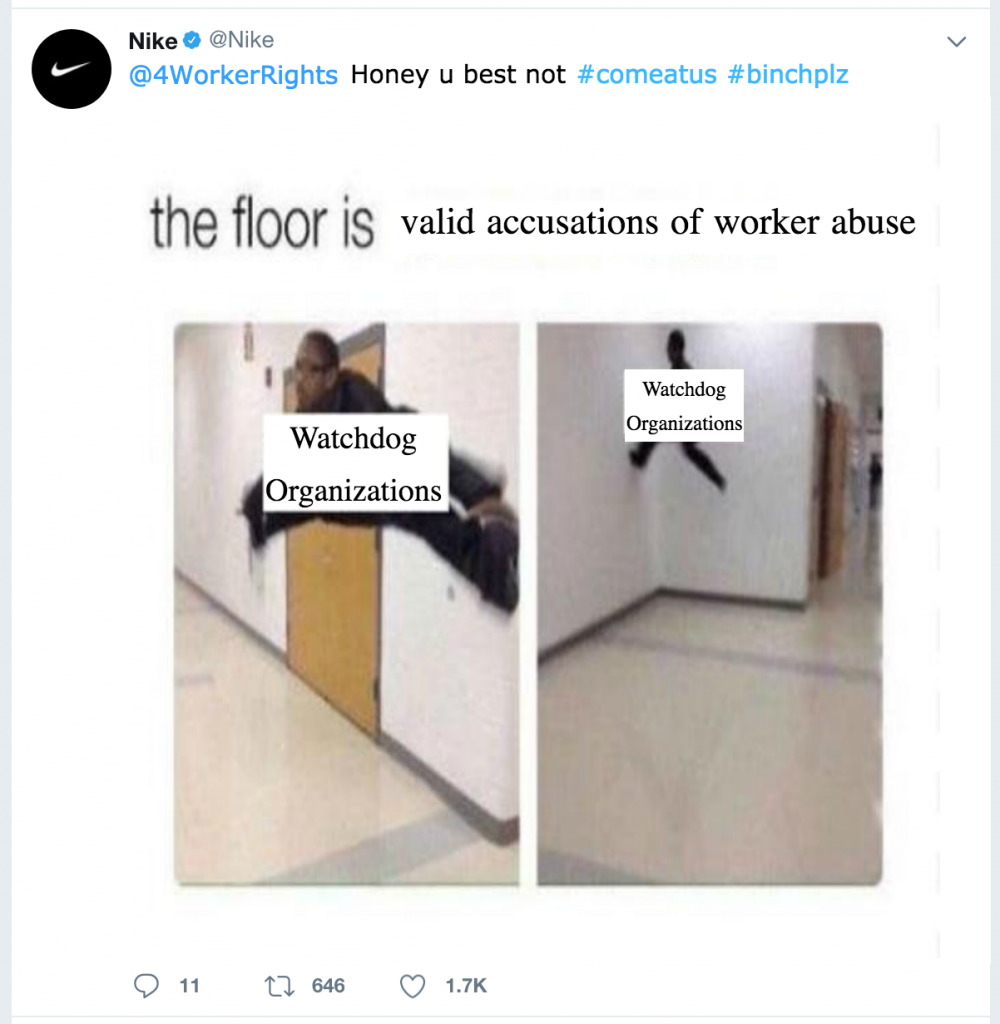 And just to make sure the message had been sent, the $28 billion corporation slammed it outta the park with one last, brutal take down. Sayonara, suckas — this ain’t yo momma’s PR department! 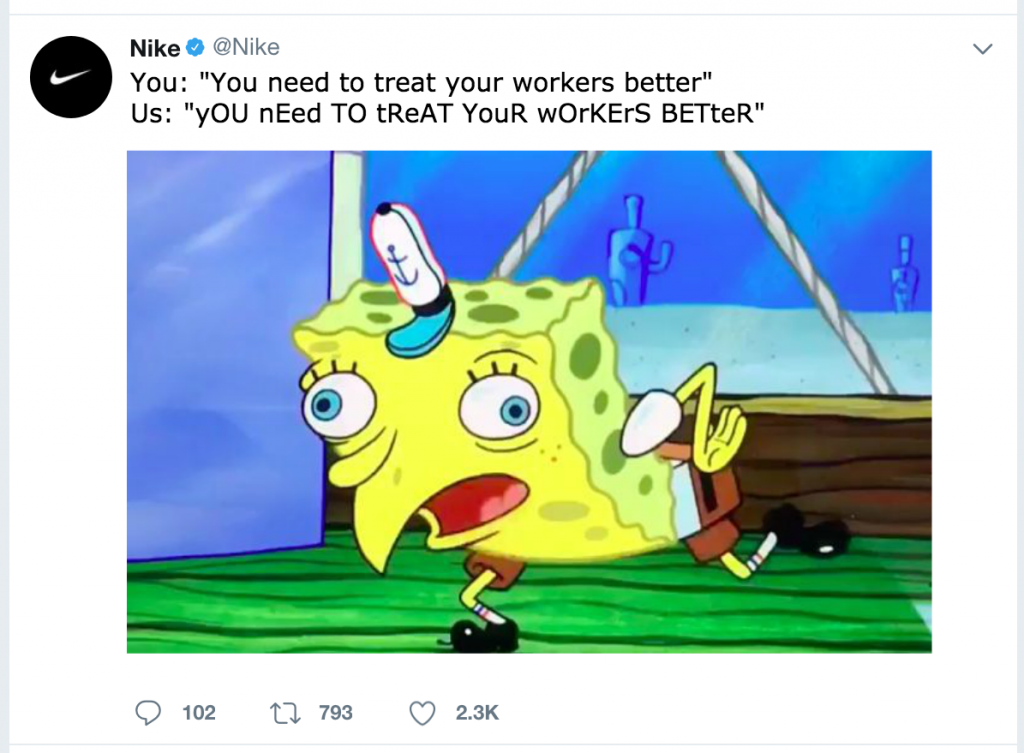