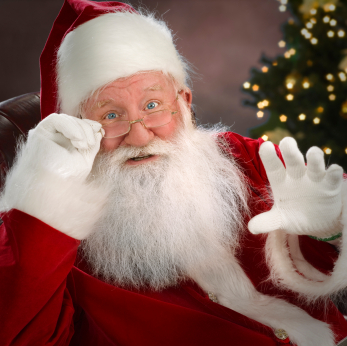 Naughty children all over the world woke this past Christmas morning only to realize their usual lumps of coal were not under the tree. Instead, they found miniature toy solar panels, compact fluorescent light bulbs, and hybrid remote control cars. Others woke to find their Christmas lights mysteriously unplugged, suspected to also be the work of the new energy conscious Santa.

People were alarmed at this sudden change. “How will our children know if they were naughty or nice?” one befuddled parent asked, “The line between the presents is so unclear. I think Santa needs to be more explicit in his message.” Others agreed, though it is safe to say Al Gore, a long time proponent of renewable energy and lobbyist to the Santa Claus Organization, was deeply satisfied.

When questioned, Santa declined to comment, though a source close to the Santa Claus Organization speculates that the decision to go green was precipitated by Rudolf’s red nose starting to dim. Others believe the economy caused Santa to reconsider his options and invest in the future. It is known that Elf layoffs have broken records, even exceeding levels reached in the Middle Ages, during the historic quarantine of Santa issued by Muhammad. That situation was thankfully handled when Charles Martel defeated the anti-Christmas army at the Battle of Tours.

Industry expert, Chris Masswell, said that the increased carbon emissions have created a haze that makes it difficult for Santa to see while on his sleigh. “This coupled with the rumored dimming of Rudolf’s nose was cause for alarm,” he remarked, “and I think the necessary action was taken, despite the consequences.”

By making a world-wide effort to “go green,” It appears Santa is starting to catch up to long time competitor Hannukkah Harry, who preserves one day’s worth of oil for 8 days each holiday season. Harry was not worried about this rise in competitiveness, reassuring us that while Santa is catching up on energy, Harry still controls the movie industry.