Sci-fi fans, watch out — someone’s coming for ya! Acclaimed astrophysicist Neil deGrasse Tyson has already made a name for himself with his cheeky debunkings of popular films and TV shows, but the Tweetstorm he unleashed last night just about takes the cake: using science, reason, and logic, Mr. Tyson disproved Alf. 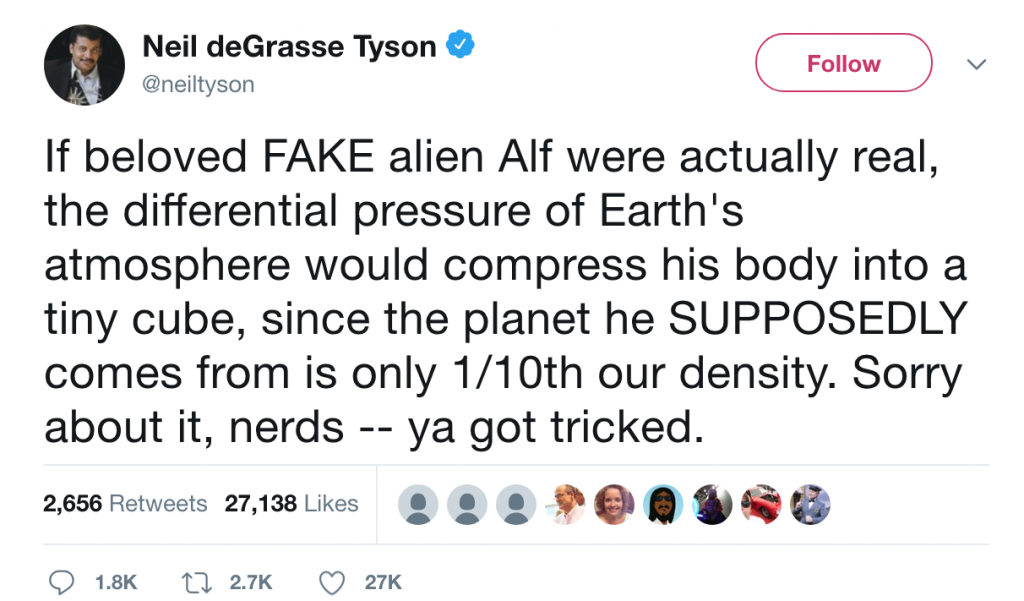 Wow… we guess nothing slips past you, Neil!

Tyson, who is also the director of New York City’s Hayden Planetarium, has always had a bit of a grudge against unrealistic science fiction, ever since his father got plutonium poisoning and died while attempting to build the time-traveling DeLorean from Back to the Future. But he’s never gone quite so hard as he did this week when he straight-up slaughtered the legions of Alf fans who thought their beloved extraterrestrial was real. 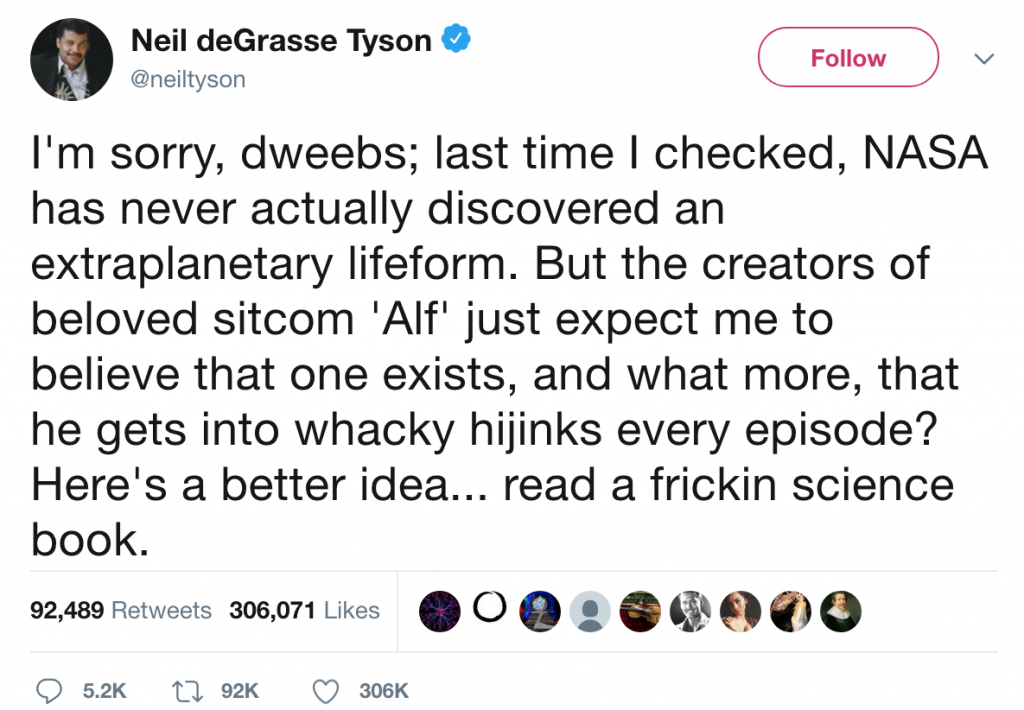 Yikes! Call the Twitter police, because Neil deGrasse Tyson is out for blood!

In the past, Tyson — the author of such books as “Astrophysics for People in a Hurry” and “Death by Black Hole” — has held nothing back when it came to tearing popular culture a new one over factual discrepancies. Whether he was pointing out that Spock isn’t real, explaining why Chewbacca doesn’t exist, or even arguing that Wall-E is fake, Tyson has never been one to let slide the ‘fiction’ part of science fiction. But wow… he really opened up a whole new can of whoopass for fans of 1980s situational comedy “ALF.” 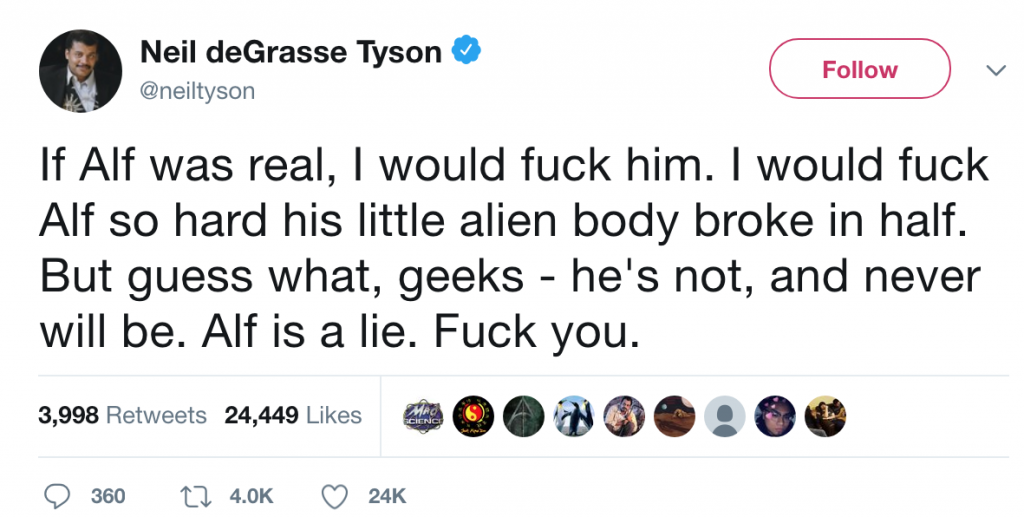 R.I.P. Alf: disproven to death by science maverick Neil D. Tyson. You will be missed.